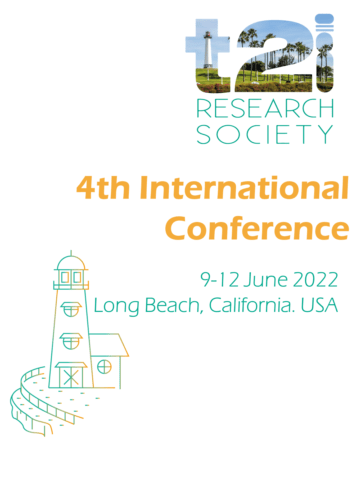 The missions of the T21RS are to improve the lives of people with Down’s syndrome through research and the improvement of knowledge. To this end, T21RS organises an international conference every two years to promote scientific exchange, communication between researchers and clinicians, maximise the use of resources and identify the most promising research at basic, translational and clinical levels.

Following the health crisis and after a 3-year wait, this year’s conference was held face-to-face in Long Beach, California, USA, from 9 to 12 June. 265 international researchers, physicians and industry representatives attended the conference and presented and discussed their work with their peers. Many of the participants were young scientists who are beginning their careers in the field of Down syndrome. Several of them were sponsored by the Foundation to attend.

The conference included 4 keynote presentations by renowned researchers in the field of Down syndrome, 20 scientific symposia, 9 mini-symposia, 5 satellite sessions and a session on science and its implication in society co-chaired by Dr. Anne-Sophie REBILLAT, geriatrician at the Institut Jérôme Lejeune. In addition, 119 posters were presented by their authors and prizes were awarded to the best presentations.

Physician-researchers from the Institut Jérôme Lejeune participated with poster presentations on research projects that are currently being developed at the Institute:

1. Cohort study of adult patients with Down syndrome at risk of developing Alzheimer’s disease: description of the first 100 patients included in TriAl 21, presented by Dr. Anne-Sophie REBILLAT.

2. Family caregivers of persons with Down syndrome and Alzheimer’s disease. A retrospective study of 30 family carers in France, presented by Anne HIANCE-DELAHAYE.

4. Case report: A young man with Down syndrome and parkinsonism, presented by Pierre-Yves MAILLARD

Catherine Lemonnier, Director of Research at the Fondation Jérôme Lejeune, attended the conference in order to learn about the current state of research, to identify new avenues of research and to get in touch with the researchers and medical doctors present at the conference.

Of the many works presented, the following were of particular interest:

– The diversity of models that allow researchers to support hypotheses and explain certain deficits in Down’s syndrome (animal models, in particular mice and rats, cellular models derived from iPSCs and organoids). It should be noted that the production and growth of iPSCs, and their subsequent differentiation into neuronal cells, is more difficult when the initial cells come from people with Down’s syndrome than from those without. Explaining this phenomenon will help to better understand Down syndrome.

– The essential role of autoimmunity and the presence of underlying inflammation with its consequences at the cellular level disrupting the function of several organs.

– The major clinical role of language disorders, both in childhood with the disturbances caused by this delay in language acquisition and in adulthood with the consequences on socialisation.

– The therapeutic progress of certain molecules in development with an effect on cognition or the appearance of the first signs of Alzheimer’s disease. These initial results, which have not yet been applied to the Down’s syndrome population, are encouraging for the next few years in the mid and long term. Dr. Laurent Meijer and Dr. Csaba Szabo both presented the progress of their FJL funded work, on the development of a DYRK1A inhibitor and a CBS inhibitor, respectively.

As a founding member of the T21RS, the Foundation was one of the main sponsors of this international meeting, which enabled numerous exchanges between researchers. The Foundation also initiated contacts with new research teams and promising scientists, sources of future collaborations.

Of note, the T21RS honoured and thanked Dr. Aimé Ravel, former head of the consultation of the Institut Jérôme Lejeune, by appointing him Honorary Member.