Death of Marthe Gautier: co-signatory of the discovery of trisomy 21

Death of Marthe Gautier: co-signatory of the discovery of trisomy 21 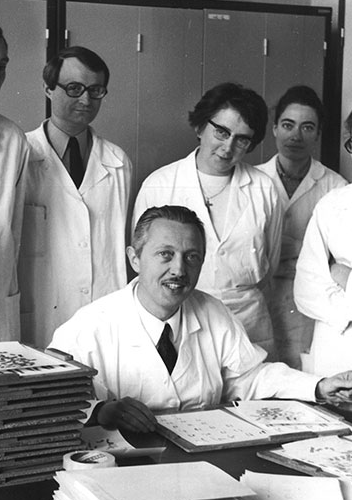 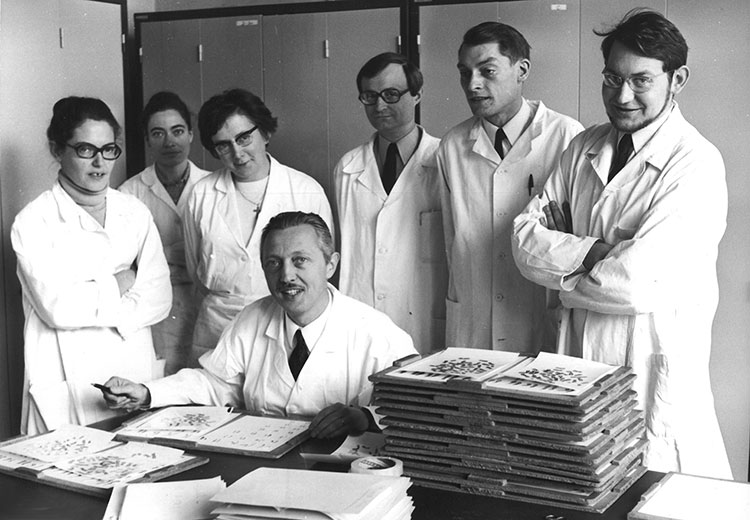 The Jerome Lejeune Foundation salutes the memory of Marthe Gautier, collaborator of Jérôme Lejeune and co-signatory of the publication of the discovery of trisomy 21. Born on September 10, 1925, Marthe Gautier passed away on April 30, at the age of 96.
In 1956, as a young cardiologist, Marthe Gautier joined Professor Turpin’s department part-time. She brought an innovative cell culture technique from the United States. For years, Jérôme Lejeune and Marthe Gautier collaborated in good understanding to improve this technique, which was to be decisive in the demonstration of the origin of Down syndrome (called mongolism at the time).
Her undeniable role as a contributor has been praised on many occasions by Professor Jérôme Lejeune.

Comments from the Jerome Lejeune Foundation

Marthe Gautier, who participated in the discovery of Down syndrome alongside Jérôme Lejeune, passed away on April 30, 2022. The Jerome Lejeune Foundation immediately published a press release to salute the memory of the person who was co-signatory of this discovery.

Some press articles have been relaying a recent polemic, undermining the memory of Jérôme Lejeune and the major role he played in this discovery. If people around you have been troubled, here are some answers that you can give them.

Professor Lejeune has always publicly thanked and praised Marthe Gautier’s work, including before the most official bodies. It is very easy to find his tributes in his publications and conferences.

As for the accusation of a form of usurpation on the part of Jérôme Lejeune, it is easy to answer it on the merits. The documents of the time – in particular the correspondence with Marthe Gautier – and the various eyewitnesses leave no doubt: it is indeed Jérôme Lejeune who was the soul of this discovery. It is he who provided the research work, the analysis and who had the intuition. Marthe Gautier brought back the necessary tissue culture technique from the United States where she had learned it, a technique that she and Jérôme Lejeune then improved for two years, and which allowed Jérôme Lejeune to make the observations he hoped would confirm his hypotheses: « mongolism » was due to a chromosomal aberration. Jérôme Lejeune had already published more than 20 articles on the subject between 1952 and 1957 (thus before the 1958 discovery), Marthe Gautier none, because she was a cardiologist and was not interested in what was still called « mongolism » at that time.

Marthe Gautier did sign the publication. She was not excluded from it. She signed second. She is therefore not ousted, nor forgotten. And the order of signatures reflects the work: Jérôme Lejeune (who leads the research and has the intuition, who must sign first), Marthe Gautier (very useful collaboration, who must sign in the middle), Pr. Turpin (the boss who always signs last).

Finally, a detailed analysis shows that Marthe Gautier’s statements are contradictory to each other and to all the documents.

Here are some examples:
– Marthe Gautier says that without the photo (which J. Lejeune allegedly ‘stole’ from her), she could not publish. But there is no photo in the publication.
– It should be noted that during these three months of absence of Jérôme Lejeune, Marthe Gautier did not advance this research: she did not find any other case, did not write the publication and did not propose it to Pr. Turpin. Why doesn’t she do it if she was the driving force of this research? It is necessary to wait for the return of Jérôme Lejeune for everything to progress.

Moreover, Marthe Gautier does not bring any element of proof: should we therefore rely on her allegations alone? Why should her word carry more weight than Professor Lejeune’s word, the written documents, the testimonies, and the immediate recognition by the international community (including the Kennedy Foundation, which sent investigators to the laboratory, in the absence of J. Lejeune, to determine who was responsible for the discovery, and which rewarded Jérôme Lejeune). The fact that the newspapers today repeat Marthe Gautier’s words over and over again (without any background work (including INSERM) because none of them asked to meet the witnesses of the time or to consult the archives and documentary evidence), does not mean that they are right.

As in all discoveries, there was a team effort, in which everyone had a part, but obviously not everyone played the same role. Marthe Gautier brought back a useful technique to advance in the research, but the technique never made a discovery. And when we read the documents of the time – analysis notebook kept by Jérôme Lejeune, diary, letters with the team, etc. there is no doubt that it was J. Lejeune who analyzed, made hypotheses, verified, counted chromosomes, wrote and ‘worked’ the boss, Prof. Turpin, so that he would accept the publication of an observation so original that he was afraid of appearing ridiculous… (It seemed so strange that mongolians had an extra chromosome and not a missing one). So not only was Marthe Gautier not robbed, but without Jérôme Lejeune, there would have been no publication and she would not have been the co-author of a major discovery in the field of genetics, outside of her favorite field, cardiology. 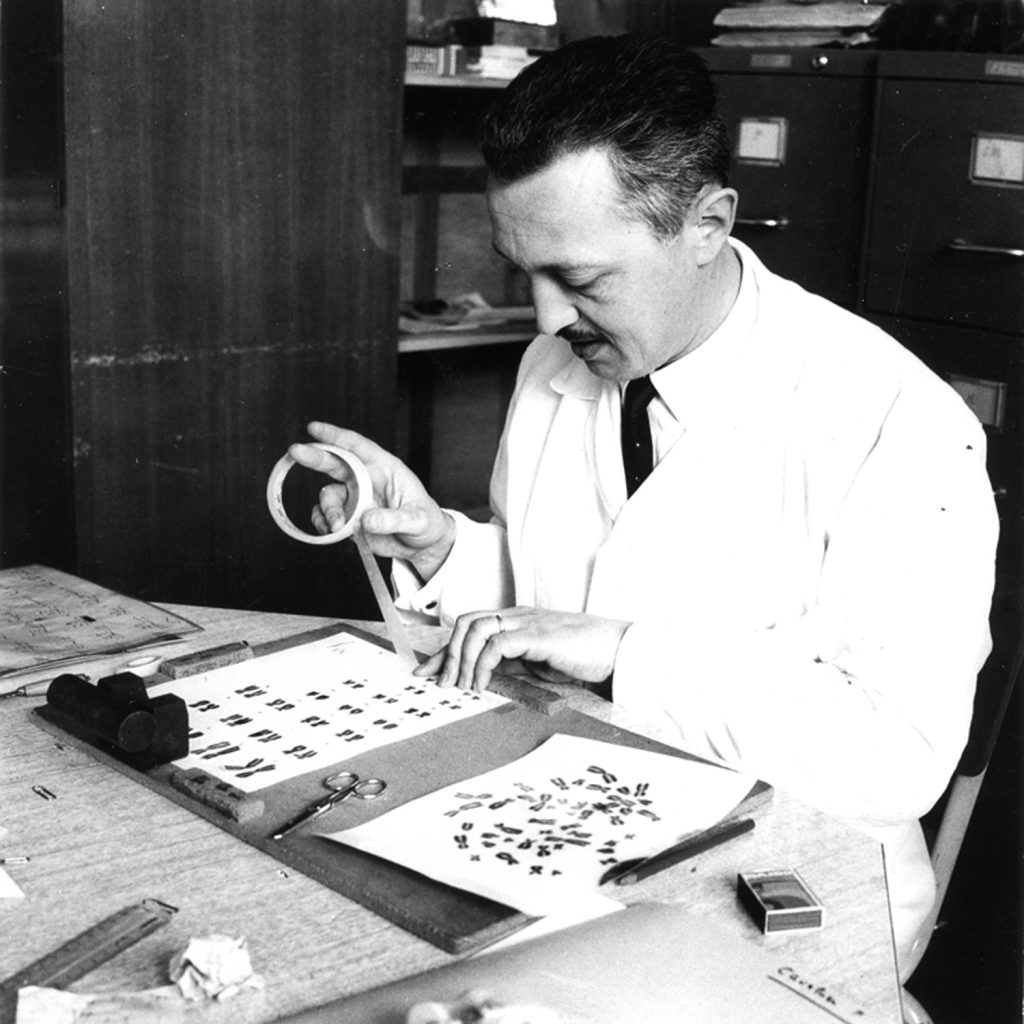 A final comment: among all those who accuse J. Lejeune, based on Marthe Gautier’s personal statements (without trying for a moment to compare them with documents and testimonies of the time), many are scientists. The intellectual process does not seem to be scientific but subjective. It is obviously the work of Prof. Lejeune and of the Jerome Lejeune Foundation that is targeted.

If you want to know more about Jérôme Lejeune, you can read the biography « Jérôme Lejeune, la Liberté du savant », by Aude Dugast, published by Artège (2019). One chapter of this book is entirely devoted to the discovery. On reading this book, which is not a novel but is constructed exclusively from documents and testimonies (referenced), there is no doubt. The facts are there. Jérôme Lejeune commands admiration.