CBS, H2S and Down Syndrome: new results and new perspectives

CBS, H2S and Down Syndrome: new results and new perspectives 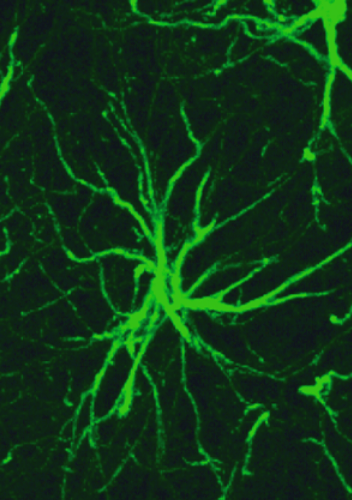 The idea that a disequilibrium between homocysteine catabolism and the production the cysteine underlies some of the alterations observed in Down syndrome (DS) was suggested by Jerome Lejeune based on its clinical observations that Down syndrome had features both comparable and opposite (mirroring) to homocystinuria.

The metabolic pathway that ensures this balance is the reverse transsulfuration pathway, in which the transfer of a sulfur group from homocysteine to cysteine leads to the generation of several sulfur metabolites, including cysteine, glutathione and the gaseous mediator hydrogen sulfide (H2S). The enzyme cystathionine-β-synthase (CBS) is the first and rate-limiting enzyme in this pathway.

Based on clinical findings, Prof. Pierre Kamoun and his colleagues, hypothesised that CBS-derived overproduction of H2S, might be responsible for some of the pathophysiological aspects of DS, and following this hypothesis research has been oriented towards CBS, a gene located on chromosome 21. Evidence has shown that there is an increase in CBS enzyme activity in cells and tissues from individuals with DS, and nowadays, many researchers recognise that CBS might be implicated in the cognitive impairment related to DS.

In a recent paper published in Redox Biology1, the team of Prof. Csaba Szabo in the University of Fribourg (Switzerland) investigated the role of CBS/H2S pathway in the alterations of brain wave patterns and neurobehavioral functions in a novel rat model of Down syndrome. First, the researchers demonstrated a DS-associated increased in CBS expression and H2S production in several brain regions, notably, the hippocampus and the prefrontal cortex, both of which have been implicated in the memory and attention deficits in Down syndrome. Interestingly, CBS expression was found principally in astrocytes, which are thought to play a pathophysiological role in DS. Increased H2S levels altered mitochondrial metabolism and ATP production, in agreement with work from the same team in which H2S-mediated reversible inhibition of the mitochondrial Complex IV (cytochrome c oxidase) was shown to induce mitochondrial dysfunction and bioenergetic defects on patient-derived DS cells2.

DS rats also exhibited neurobehavioral defects, morphological changes in astrocytes and astrogliosis (Figure 2), metabolic dysfunction, altered expression of synaptic proteins and changes in brain electrical activity. These alterations are distinctive DS phenotypes. For example, astrocytes number and morphology has been found altered in DS brains, which seem to affect synaptic transmission in the hippocampus, a structure involved in learning and memory.

Importantly, in this study, the researchers show that short treatment with AOAA (aminooxyacetate), a commonly used and prototypical inhibitor of CBS, improved several functional parameters in the novel rat model of Down syndrome. There was an improvement of bioenergetic and neurobehavioral aspects, a decrease in reactive astrogliosis, normalisation of the expression of various synaptic proteins and amelioration of brain electrophysiological activity. These results are in accordance with previous results on DS mouse models in which genetic or pharmacological normalization of CBS had beneficial effects.

Taken together, these exciting results suggest that the CBS/H2S pathway may contribute to some of the metabolic, neurocognitive and neurophysiological alterations associated with DS possibly by overproduction of H2S. Moreover, they indicate that CBS/H2S-associated alterations are pharmacologically reversible and as such, CBS might be considered a potential therapeutic target. Nonselective CBS inhibitors that can be used in therapeutics for DS currently exist, but they are not readily suitable for clinical translation. To bridge the basic research findings and to catalyse the clinical translation of this concept, the Jerome Lejeune Foundation has sponsored a small molecule screen to identify novel, selective and potent inhibitors of CBS. Continuing work in this direction has the potential to identify new small molecule CBS inhibitors suitable to enter preclinical and clinical trials. 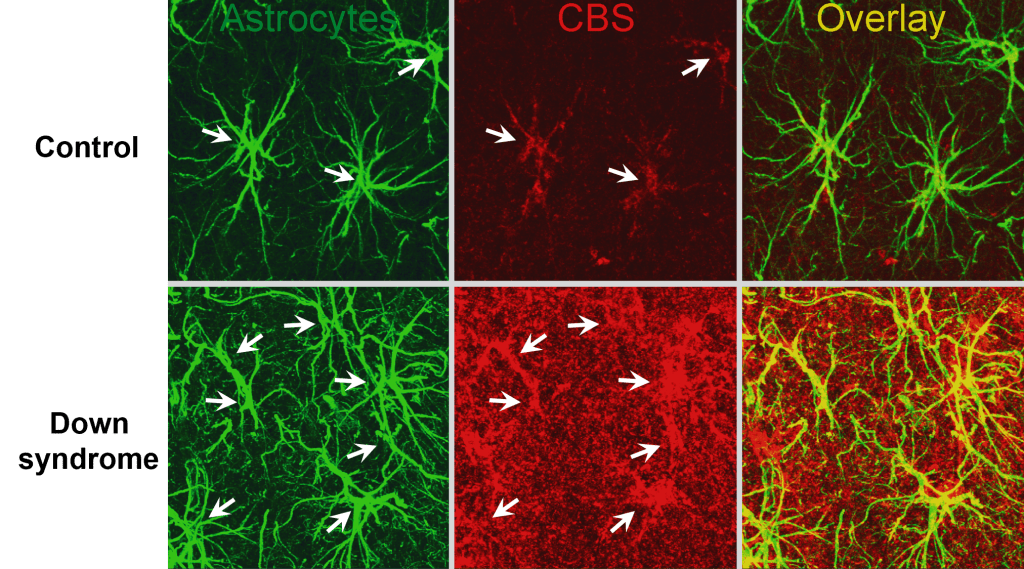