Silencing the extra chromosome 21 in Down syndrome cells

Silencing the extra chromosome 21 in Down syndrome cells 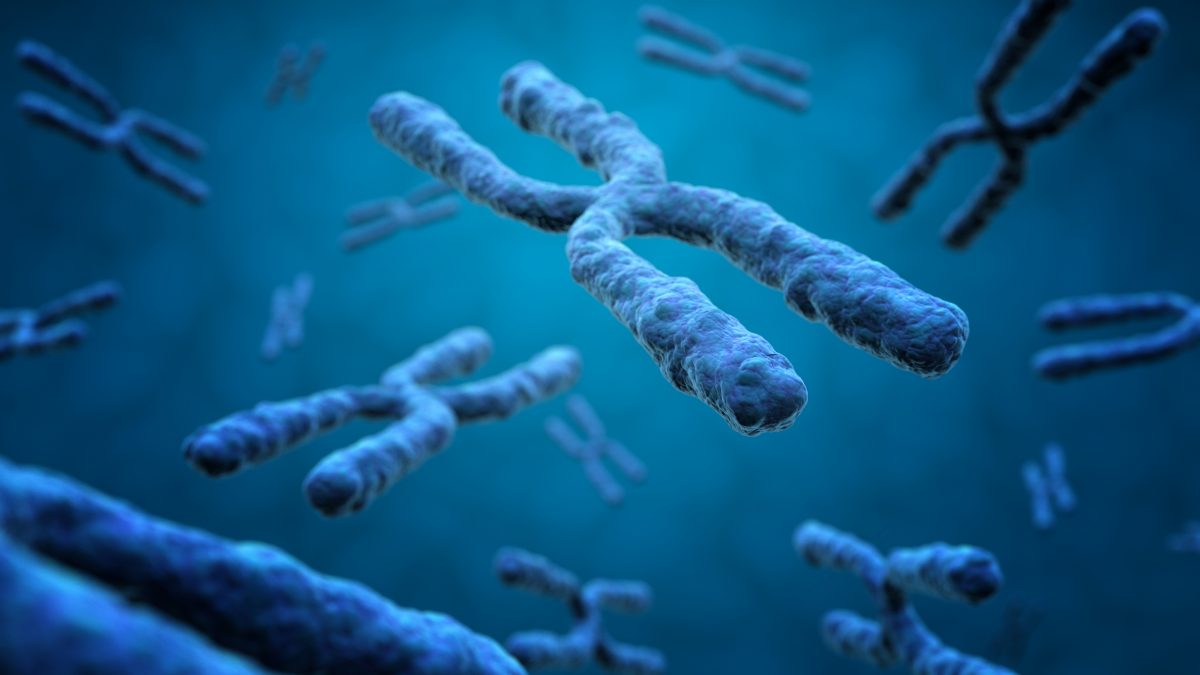 Down syndrome (DS), caused by the complete or partial triplication of chromosome 21, presents a great challenge for research, medical care and development of therapies in comparison to other genetic disorders caused by a defective version of only one specific gene. Chromosome 21, contains more than 200 protein coding genes and more than 100 non-coding RNA genes, most of which have transcriptional alterations in DS due to the genetic overdosage caused by the trisomy. Aberrant expression of chromosome 21 genes, in turn, also causes transcriptional variations in genes located in other chromosomes. A lot of effort has been put on identifying the genes or groups of genes on chromosome 21 that are most likely responsible for the symptoms, but progress has been hampered due to the genetic complexity and phenotypic variability in DS.

Genetic correction of gene overdosage due to trisomy of a complete chromosome, was until recently, thought to be unattainable. For some time, researchers entertained the idea that functional correction of trisomy 21 in living cells could be feasible by inserting a single gene that could epigenetically silence the whole chromosome 21. In mammals, females already accomplish this difficult task: the silencing of an entire chromosome. Females are born with two copies of the X chromosome (XX) while males have only one (XY), but the double dose of the genes present on the X-chromosome is rather problematic and therefore females randomly inactivate or “silence” one copy of the X chromosome. The gene X-inactive specific transcript (XIST) which resides on the X chromosome, is responsible for this silencing. The product of the XIST gene is a long non-coding RNA that covers the X chromosome in cis in an RNA coat, inducing a series of chromatin modifications that stably silence transcription across that X chromosome, in this way it serves to inactivate naturally one of the two X chromosomes in females.

In 2013, the team of Jeanne Lawrence in the Massachusetts Medical School explored the idea that correction of gene overdosage due to trisomy could be feasible by taking advantage of the naturally existing system of X chromosome inactivation. Using zinc finger-based genome editing to target chromosome 21, Jiang et al1 inserted a large genomic fragment containing the XIST gene into one of the three chromosomes 21 in trisomic iPSCs (DS iPSCs), and demonstrated that the elevated transcriptional output due to chromosome 21 trisomy in DS undifferentiated iPSCs was reduced to near normal dysomic levels by epigenetic repression including heterochromatin modifications and DNA methylation. By examining few genes present on chromosome 21, the researchers demonstrated that repression was allele-specific. Then, by analysing genome-wide expression profiles of the transgenic lines and comparing with their parental lines, they found significant changes only on chromosome 21, with ~95% of significantly expressed genes becoming repressed. Importantly, the researchers also demonstrated that XIST dosage compensation, ameliorated growth and neural differentiation of DS iPSCs. They called this approach “chromosome therapy”, because by manipulating one gene only, they could correct the expression of hundreds of genes.

An additional copy of any chromosome, is thought to cause a proliferative disadvantage due to proteomic stress caused by over-expression of many genes and also to changes in DNA/nuclear architecture due to the presence of extra genetic material. Therefore, it is possible that chromosome 21 silencing would not be sufficient to correct cell pathogenesis. After demonstrating that the XIST could inactivate one chromosome 21 in Down syndrome cells, in 2018, Lawrence and their team decided to address the question whether XIST-mediated epigenetic repression/silencing of one chromosome 21 in DS cells could indeed normalize or mitigate cell pathogenicity2. To test this, they used an in vitro model of human foetal haematopoiesis for which DS cellular phenotypes are known. The researchers mimicked foetal haematopoiesis from differentiated DS iPSCs.  In accordance with previous studies, DS trisomic iPSCs generated more megakaryocyte and erythrocyte colonies when compared to controls, a phenotype that was greatly mitigated by XIST RNA-mediated silencing of the extra chromosome 21 in these cells. XIST-mediated silencing also normalised the production of other haematopoietic progenitors, supporting the notion that XIST-mediated silencing can correct the haematopoietic developmental program. These results supported the idea that developmental pathogenesis could be corrected by XIST-induced trisomy silencing.

Later in 2020 Lawrence and their team took this work further, and demonstrated that XIST was able to initiate silencing in differentiated neuronal cells (from patient-derived iPSCs)3. The cells were induced to differentiate into neurons and they did so and developed normally. Silenced cells, formed neural rosettes and differentiation potential of neural stem cells into neurons was highly increased in comparison to non-silenced cells that rather develop into scarce, neuron poor, unhealthy cells. This work thus showed that neural stem cells retain epigenetic plasticity. Furthermore, single cell transcriptomics and other analyses indicated that an elevated Notch signaling due to trisomy 21, promotes neural stem cell cycling and delays terminal differentiation, thus identifying a potential role for Notch signaling in DS pathology.

More recently, the team of Yasuki Kitabatake in Japan4, established an isogenic (same genetic background) iPSC panel consisting of a parental trisomic iPSC line, a corrected-disomy 21 iPSC line and a partial trisomy 21 iPSC line in which a 4-megabase region containing the “Down syndrome critical region” was selectively deleted from the parental line. They differentiated these iPSCs into astrocyte precursor cells (APCs) and performed comparative analyses between their gene expression profiles and proliferative phenotypes. In trisomic APCs, induction of XIST RNA expression, continuously reduced the expression of most genes on chromosome 21 to levels similar to that of disomic cells, and the reduction was maintained up to three weeks after XIST expression was ceased. Importantly, XIST expression also normalised the growth phenotype (higher proliferation rate) of trisomic APCs. However, the hyper proliferative phenotype returned to its aberrant levels when expression of XIST was stopped, suggesting that genes responsible for this phenotype are supressed by XIST-mediated chromosome silencing. The team identified DYRK1A, DSCR3 and PIGP as candidate genes responsible for APCs overproliferation in DS. They demonstrated that DYRK1A potently regulates APCs proliferation in a dose-dependent manner, but via a different mechanism that the one used in neural precursor cells. Moreover, correction of DYRK1A levels is not sufficient to fully reverse APC overproliferation, suggesting the existence of other regulatory factors on chromosome 21 that control APC proliferation. They identified PIGP as one of those additional factors. Additionally, the researchers found that after XIST expression and differentiation, nearly all immature APCs were morphologically comparable to controls, which is important because astrocytes in DS brains generally present a more mature phenotype than age-matched controls, and they exert detrimental effects on neuronal homeostasis and formation of neuronal networks, acting as important modulators of DS pathophysiology.

Although far from becoming a therapeutic agent in patients, XIST-mediated silencing of the extra chromosome in DS iPSCs, is an excellent model to study the biology of DS.